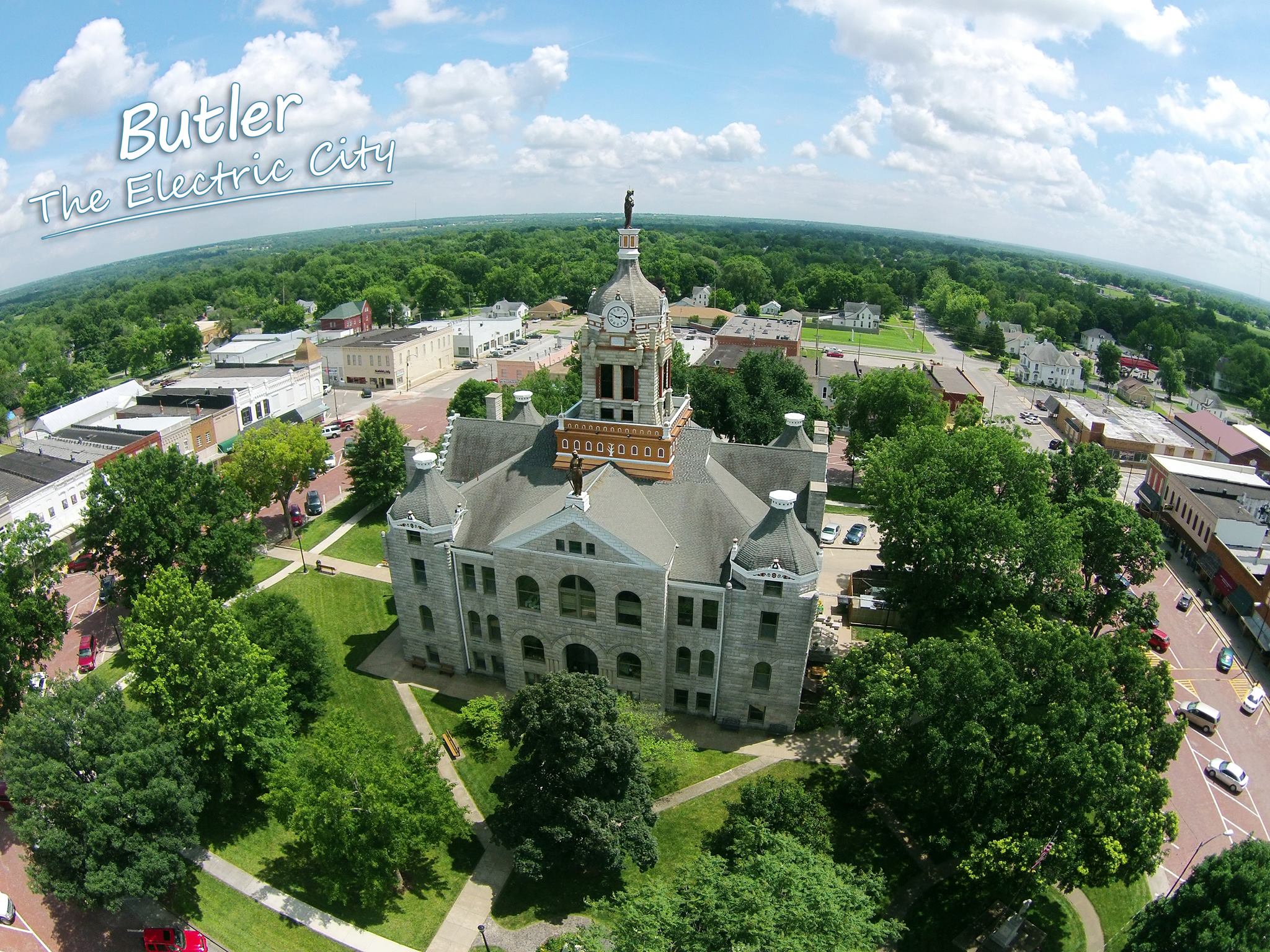 While in Butler, take time to drive around our historic square on original brick streets or take a walking tour of the square and view many nearby historic homes.

John C. Kennett was the first to settle on the site that became Butler, starting a mercantile store, stocked primarily with whiskey and tobacco that he sold to the "Forty-niners" heading west to California. By 1853, Kennett caught gold fever and headed west himself. John W. Morgan arrived in 1854 and built a log house that became a hotel and tavern.

In 1856, the Legislature passed an act, ordering the county seat to be moved from Papinville to a more central location. Montgomery, Wilkins and Morgan laid out a town which they called Butler, named after William Orlander Butler of Kentucky who was a hero to Kentuckians and Southern Democrats. Their offer of a plat with fifty-five acres of land for the county seat was accepted. A courthouse was built of brick that was fire burned in a kiln east of Butler and was completed in 1857 at a cost of $9,000.

The historic and legendary First Kansas Colored Volunteer Infantry was the first black unit to fight in the Civil War. They fought in the Battle of Butler (also known as the Battle of Island Mound or the Battle of Fort Toothman), along the old Fort Scott Road on the Toothman Farm, a scant eight miles southwest of Butler, Missouri. A group of runaway slaves and freedmen had been organized by Kansas U.S. Senator James Lane in August 1862, with the intent to counter the depredations of William Quantrill and other "border ruffians" who waged a relentless guerrilla war on the Missouri-Kansas border from 1855 through 1862.

The infamous Order #11 and the War Between the States, Butler needed to be totally rebuilt. When a local delegation visited the Philadelphia Centennial Exposition in 1876, they found many ideas to take home. The delegation included Captain F.J. Tygard, to whom credit is given for bringing electric lights to Butler. Tygard, with city financial backing, formed the Brush Electric Light and Power Company of Butler, Missouri. Tygard became Mayor shortly afterward, cementing a tie between the City and the electric system.

The citizens of Butler were the first to have electric power in the state of Missouri and anywhere West of the Mississippi. The Bates County Record documents that the lights went on in Butler on December 6, 1881, followed in a short while by another fairly progressive city - St. Louis. 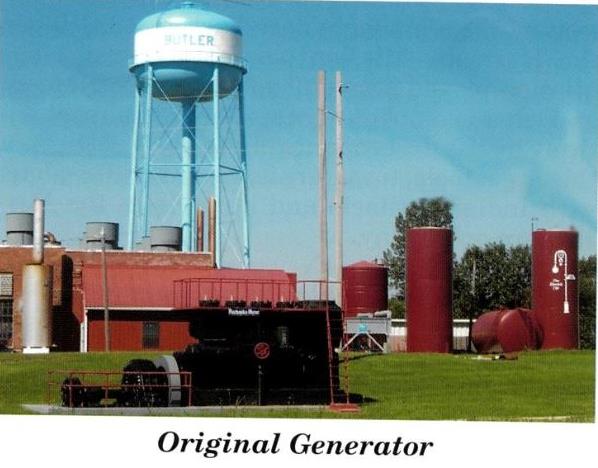 Butler is the "Electric City," the first city west of the Mississippi to have electric power. It is also the oldest continuously operated municipal electric utility in the United States. Known as the city where the Civil War began, Butler is rich with the culture that built America.